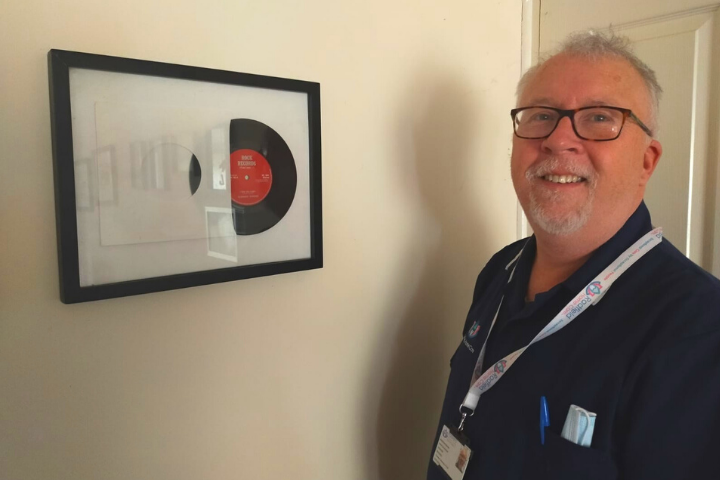 Andy has been with us for a couple of years now. He’s everything that you’d expect from a good Care Professional; friendly, approachable, a naturally caring person and takes pride in building good relationships with clients.

He’s been visiting one of these clients, Jamie, for quite a long time and in the process the pair have built a fantastic bond. Andy visits Jamie as part of what’s known as a ‘Companionship Service’ where they spend time together, talking and occasionally getting out and about. Companionship helps prevent feelings of isolation and loneliness that can arise as people age.

Sadly, Jamie’s brother, Paddy, died at the age of 36. Before he died, he was the guitarist of a New Wave Heavy Metal band called ‘Slender Thread’. In their glory years, Slender Thread would tour Shropshire, playing gigs and causing a ruckus, even supporting the popular rock band T’Pau.

During their companionship calls, Jamie would confide in Andy, talking fondly of his time spent with his brother. Back in the good old days, Jamie would support his brother and the band by putting posters up around the town, working the doors and operating the lighting at their gigs. Jamie mentioned he would love to hear his brothers music again and that Slender Thread once cut a record, featuring two songs:

His story really resonated with Andy. So much so, that he went away wishing he could help Jamie hear his brother play again. He searched the internet to try and find the single Slender Thread had cut in the 80’s and after scouring some obscure heavy metal forums, Andy found a copy being sold in the USA.

He knew how much this would mean to Jamie, getting the chance to hear his brother shred the guitar once again and have a piece of family history at home. So, he went for it. He got the vinyl shipped over from the USA all the way to little old Shrewsbury.

The record arrived and Andy was keen to see Jamie so that they could listen to it together. He borrowed a record player and got it set up in Jamie’s house, both eager to hear Slender Thread vibing in their hometown once more. 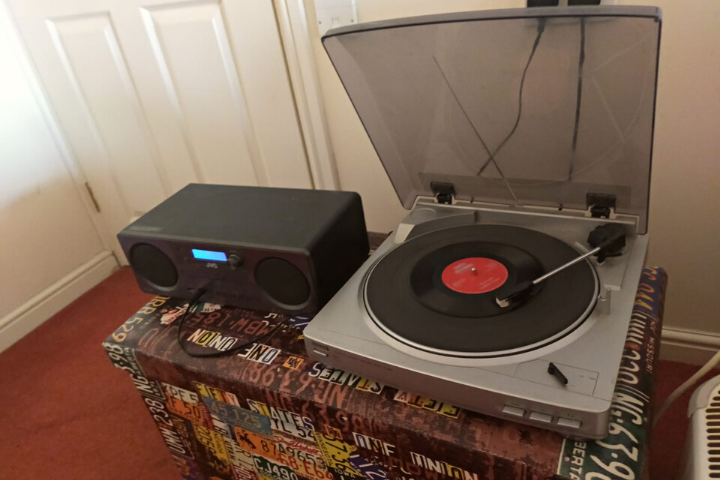 Normally a very chatty man, Jamie fell silent as the record played. Hearing his brother play guitar for the first time in years had him totally overwhelmed with emotion. If it wasn’t for Andy, he may never have heard his brother play again and there he was, right there in his living room. When he came back down from cloud nine, Jamie just kept saying “thank you” over and over again.

What was a small gesture to Andy, meant the world to Jamie. Seeing him happy was enough to make Andy’s day. This is what care is all about, small gestures that create a real difference to someone else’s life. It’s a career that gives you a sense of satisfaction you simply can’t find anywhere else, creating powerful connections with people you might not usually encounter.

Alas, the moment couldn’t last forever and eventually Andy had to return the record player to it’s rightful owner. But, before he did, he recorded the song on Jamie’s smartphone so that he could listen to it whenever he wanted. In time the vinyl was framed and now it sits on his wall where he looks upon it proudly. Jamie, brother of Paddy, legendary guitarist. 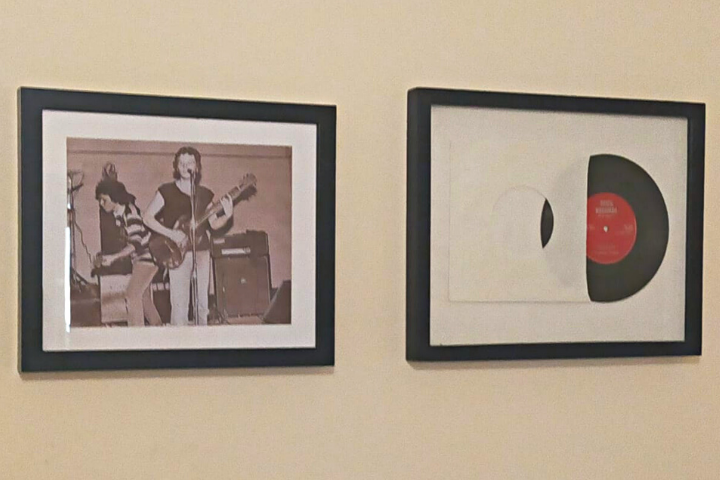 While getting this heartfelt story typed up for you all, I scoured the internet to try and find a digital version of the song that we could share. Whilst I failed in my task, what I did find was an obscure heavy metal website called The Corroseum. The website is summed up nicely in the first sentence of the homepage:

“The most conservative, reactionary Heavy Metal backwater on the net, where time stands still and vinyl reigns supreme!”

Here you’ll find a fantastic review from a German listener:

“Where is the beat?” is an absolute banger that ranks among the best NWoBHM (New Wave of British Heavy Metal) tracks. Great singer, great guitars, everything is just right. If you don’t mind spending a fifty or more for just one song, you can confidently grab it here.”

It says a lot that a little known Shropshire ‘New Wave of British Heavy Metal’ band from the 80’s would still be nodding people’s heads across the world 40 years on. If you’re a vinyl collector or simply curious, you can pick up this ‘absolute banger’ on the discogs website.

If you would like to join the team and create some magic moments of your own, you may discover a variety of career opportunities with us by clicking here. We look forward to hearing from you. 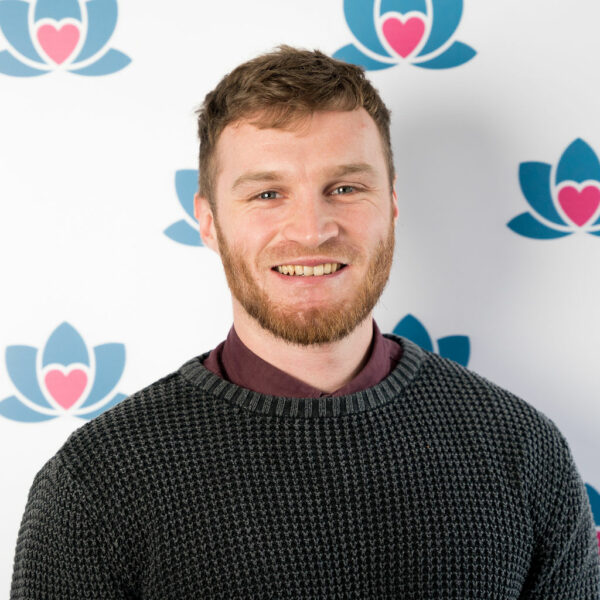 Maggie May Theatre Trip with Radfield