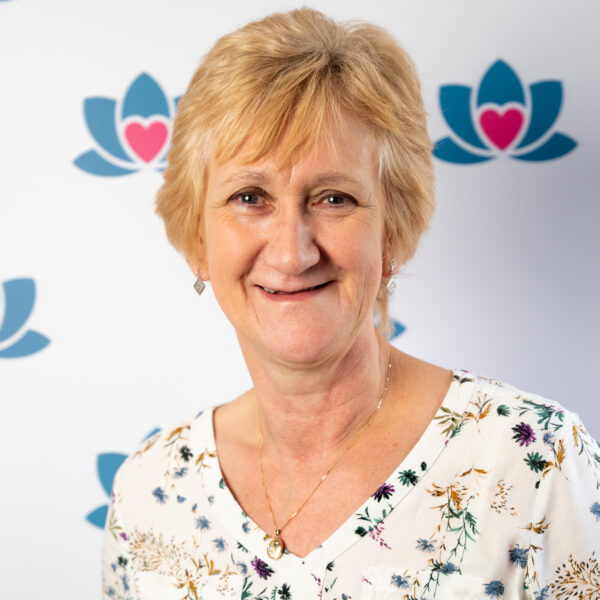 Lynn is a Shropshire girl born and bred. She is from a little hamlet about 5 miles out of Shrewsbury and is the youngest of three siblings (a brother and a sister). She attended Secretarial College where she studied a variety of practical skills including shorthand and book-keeping. She adored college so much she agreed to an extended 18-month course. Following college, Lynn was employed by Tanners Wines, a once small operation that has grown to be a recognised wine merchant brand across the midlands. It was in this role as a Temp Typist she met her future husband. Together they had a son who went on to be a chef at a renowned Shropshire venue.

Lynn was one of Radfield Home Care’s first Care Professionals and has been integral to establishing the company as it is today.

Her career started when she left Secretarial College, Lynn wrote to a number of Solicitors to enquire as to whether they had a vacancy. Her proactive nature helped her to quickly find a position as an Audio Typist. She then joined an agency as a Temp and worked with several businesses around Shropshire. Following the agency, Lynn landed a position as an Audio Typist with HMRC. She worked as a civil servant for 22 years until the organisation underwent massive restructuring. Not liking the new structure, Lynn decided to leave and look for a career where she could help others.

Lynn began looking for positions in care and found that Radfield stood out. She applied and began her career in home care as one of Radfield’s first Care Professionals. With over 10 years service, Lynn began helping with office work and applied for a permanent position. She has been with the company since 2008, longer than anybody else except Hannah & Alex. Without Lynn, Radfield Home Care wouldn’t be where it is now.