Radfield Home Care   >   Latest News   >   Loneliness In Old Age – What Can We Do To Avoid The Damaging Effects?

Loneliness In Old Age – What Can We Do To Avoid The Damaging Effects? 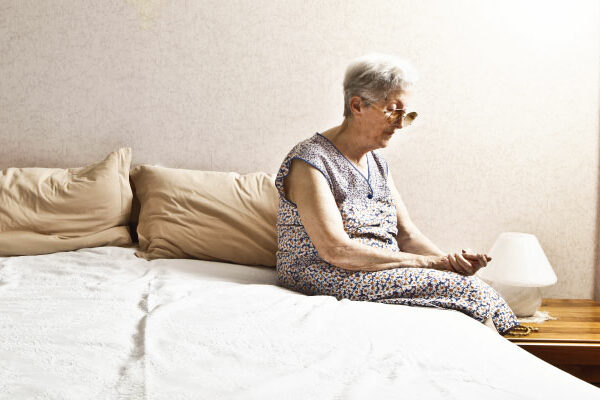 We live in a crowded world of 7.6 billion people, that is growing at over one percent per year but the increasing social isolation that is felt by many can result in serious detriment to both physical and mental health.

Being lonely is more damaging to health than cigarettes, alcohol and obesity

Research has proven that loneliness has more of an impact on mortality than obesity and in health terms is equivalent to smoking 15 cigarettes a day.

In the UK, there are 1.2 million chronically lonely older people and around 200,000 older people have not had a conversation with a friend or relative in over a month.

The reality for many elderly people is that they will end up living alone or in social isolation as they deal with the difficulties of life, such as bereavement or the decline of their body and mental health.

In the UK, over half of the population over the age of 75 live alone.

89 percent of people fear that loneliness in old age is inevitable.

All this evidence and research has prompted the government to recently appoint a ministerial lead on loneliness, with Tracey Crouch both leading a group and taking responsibility for action against social isolation.

Dealing with illness when you live alone

Although loneliness can be an issue at any age, older people are the most vulnerable when having to face life events such as serious illness and bereavement.

If you have ever had an illness such as flu, that kept you housebound for a week or more, you can appreciate how quickly this can impact on social contact, your well-being and on your confidence. Returning to work or integrating back into social groups can feel daunting and it takes a period of adjustment to resume your life when back to full health.

But, imagine that you could never regain full health and instead had a disability or illness that made it difficult to leave the house. How many people would you have contact with, either daily or weekly?

How our body ‘protects’ us by forcing isolation

When we become sick, we are at our most vulnerable. Our bodies have cleverly evolved to force our withdrawal from society in order to subconsciously protect ourselves, through the production of behaviour changing messenger chemicals called cytokines. These very same chemicals also encourage us to become closer to those we do trust and love, in a double self-protection mechanism. If we don’t have a significant other in our life to care for us, then we begin to suffer stress and worry about the lack of a primary care giver.

In primitive times, injury and serious illness equalled death, hence why we have a primal fear of illness and isolation.

The cycle of illness and isolation starts with incapacity taking away our ability to socialise, which in turn makes us more isolated and then less able to socialise, which prolongs the illness. By leaning on a community for support, we break the cycle and recover more quickly or are more able to cope with disability and chronic health conditions.

A recent trial in Frome, Somerset, shows that when people who are isolated and living alone are supported by the community, emergency hospital admissions fall dramatically. The trial is still awaiting publication in a medical journal but the indication is that the intervention of a social group can positively impact coping with poor health. The impact of this finding could be huge for how we approach health management and the elderly.

In the Frome area, voluntary ‘community connectors’ were trained to offer support alongside ‘health connectors’ who were employed to help people plan their own care.

The community connectors were deployed to help where they could, particularly with any problems such as housing or debt issues. Lunch clubs, writing workshops and ‘men’s sheds’ organised groups encouraged sociability and helped to break the cycle of isolation.

Julian Abel, lead author of the draft paper, commented: “No other interventions on record have reduced emergency admissions across a population.”

Progressive, intergenerational care solution Humanitas, in the Netherlands, has shown a wonderful example of how we can begin to live alongside each other and strengthen the community. Students are provided with rent-free accommodation, for offering to spend their time with the elderly residents. That might involve teaching them how to use the internet or picking up shopping on the way home but predominantly it’s about sharing their lives with the older generation and maintaining social contact.

How do you know if someone is lonely?

As the research shows that our natural inclination is to withdraw when we are ill, it is not always possible for someone suffering to reach out and ask for help. For that reason, the emphasis is now turning to others to take responsibility and to recognise the signs of isolation, hence the ‘health connectors’ and Ministers for Loneliness.

We can all do our bit by getting to know our community and our neighbours, so that we can recognise when someone has dropped out of their usual routine and which might indicate illness:

What can you do to help end loneliness for people in your community?

If you have elderly or disabled neighbours in your community, make the time to introduce yourself and connect with them. Simply asking if they need anything can make all the difference. It might only be a small thing, such as picking up a newspaper from the shop or chatting for five minutes, that can make a huge difference to their day.

If you have an elderly relative, then take more time to consider what needs they may have. We will all be old and need help one day.

Ways that you can contribute to your community include:

What can the elderly do to avoid their own isolation and loneliness?

If your dad is dealing with grief after losing your mum, then he may feel that he doesn’t want to ’cause any bother’ and stoically puts up a front. It’s for you to see through any façade and to recognise both when he needs help and what he may need. Approaching the subject directly might cause him to retreat, so careful suggestions and inclusion in activities will keep him in social contact and will prevent him from slipping into despair after bereavement or illness.

How can your elderly parents remain sociable and less vulnerable to loneliness?

Loneliness is a vicious cycle that exacerbates itself and it will take effort to break this cycle before the benefits are found. You will get back what you put in but you must extend yourself to build a social network. If you are feeling daunted by the prospect of rebuilding your social life, then look at small steps that will accumulate over time.

Bernard had been happily married for 49 years to his sweetheart and after nursing his wife Sandra through cancer, he then had to face the reality of coming home to an empty house and a new unwelcome phase in his life.

Bernard’s son lives in London with a demanding career and his daughter is only 30 minutes away but she has two young children and struggles to manage with a part-time job and childcare.

Bernard didn’t want to be a burden on his children and most evenings sat alone thinking about Sandra and how empty his life now was. All their shared plans of travel and walking had gone and he couldn’t see any way to replace the emptiness that had fallen on his life. At one point, he was ashamed to admit, he didn’t want to live any more.

One week, after realising that he had not spoken to anyone for over five days, Bernard realised he had to make an effort and after seeing a local poster for coffee mornings, he summoned the courage to turn up. That decision was a turning point in his life and helped him to establish new friendships with other people in the same position. He now goes walking regularly with a group and has organised a walking holiday in France. He thinks about Sandra every day and still misses her but he now has new things to look forward to.

For an insight into how quickly loneliness can manifest and impact on your life, watch the Loneliness Project video from the Campaign To End Loneliness. I think we can all relate to how debilitating isolation can be and that it does take effort to remain sociable. 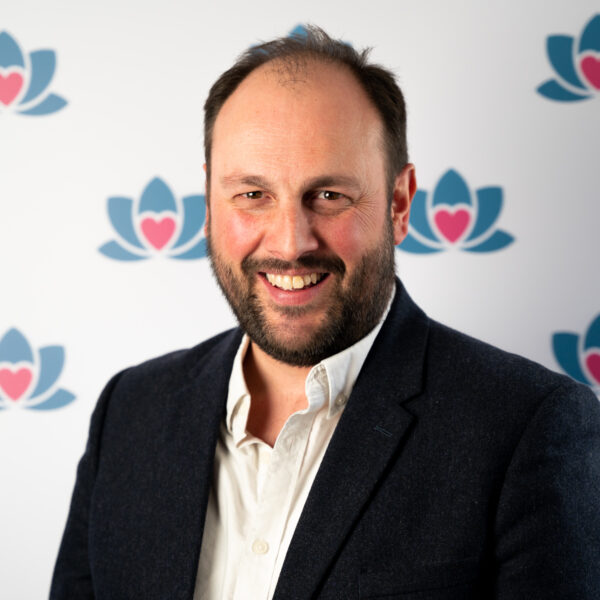